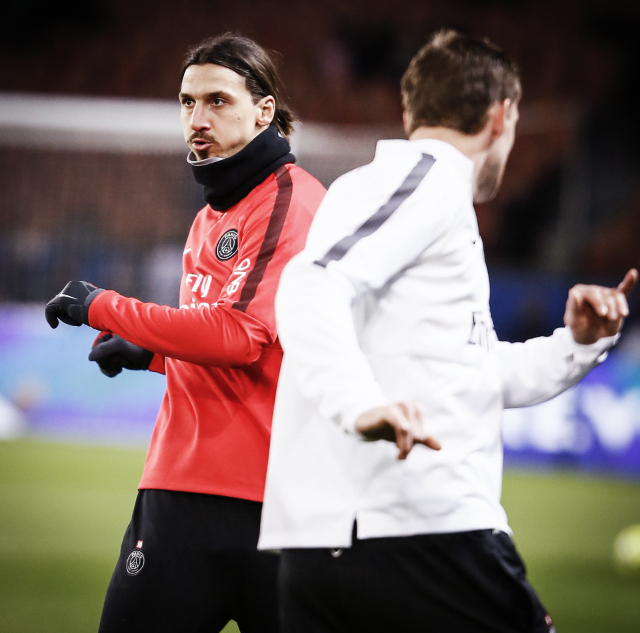 PSG beat Nantes 2-0 in the French Cup and Zlatan didn't have to move a muscle. He was pleased with his team's performance after the game.

Tonight you got to see your PSG from the bench and how they performed a solid match, which ended 2-0. What did you think of the match and PSG's performance?

Yesterday you said that you feel great physically, but despite of this you got no playing time in tonight's match against Nantes. How did Laurent Blanc explain his decision to let you rest?

ZLATAN: "He chooses to rotate the team, which I think is good considering our match schedule."

How is PSG's game plan and way of playing affected by you not being on the pitch?

ZLATAN: "Not at all really. We play the same way regardless of whether I'm on the pitch or beside it."

You are still in the running for all the cup titles and at the same time the league continues as usual. On Saturday you meet Caen in Ligue 1 and then go on to the first of two matches against Chelsea in the Champions League. Will you be resting more matches or was this a one-time thing?

ZLATAN: "That's up to the coach. He knows every player very well and what's best for the team."