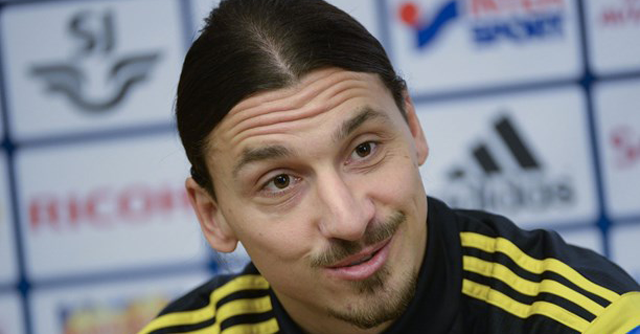 This was the 4th time Ibra wins the award and the 7th time total he is nominated.

Every year, an award called "Jerringpriset" (The Jerring Award after a radio personality named Sven Jerring) is given out as well. The public gets to vote on their favorite athlete/team of the year, Zlatan was nominated as one of the 10 but didn't win, he ended up 6th. Zlatan has won the award once (2007).

Ibra was not able to get to the Award Show, but was called on the phone and said the following in front of the Ericsson Globe-crowd:

"I would have wanted to be there and accept the award. Unfortunately it doesn't work every time but I'm used to winning awards so hopefully I'll be back."

"There is alot to say and I don't know how much time I have. But I want to start congratulating all nominees and winners. Too bad I can't be there but but I hope the night has been and will remain awesome even if Ibracadabra is not there."