SWEDEN HAD TO DEFEND FOR 90 MINUTES 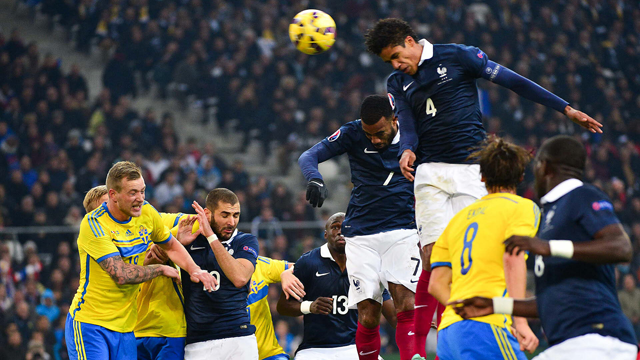 Sweden, without Zlatan, did what they could to stop a quick, strong French team in Marseille and almost managed to get a goalless draw but Real Madrid defender Varane made it 1-0 at the end.

Ibra played 90 minutes against Montenegro on Saturday (1-1), his first full game in almost two months. So it was no surprise that he left the squad after the game, he is now back in Paris to prepare for Friday's game against Metz.

So today's Sweden was inevitably weaker and with Zlatan's status in France, they sure could need him in the boiling Velodrome in Marseille, France sure seemed really strong, this is were they will play their games in EURO 2016 (it's held in France) and all their games up to then are friendlies.

Zlatan's replacement up front was Malmo's Kiese Thelin with Zengin and Bahuoi at the flanks. But to be honest, this game was all about defence for the Swedish team. France came in attack after attack and if it hadn't have been for a pretty solid Swedish defence and goalkeeper Isaksson, France would have scored alot more goals.

The goal came in the 83rd minute from Varane, a header on a corner kick.

Next decided game for Sweden is not until March 2015, when the EURO 2016 qualification starts again.