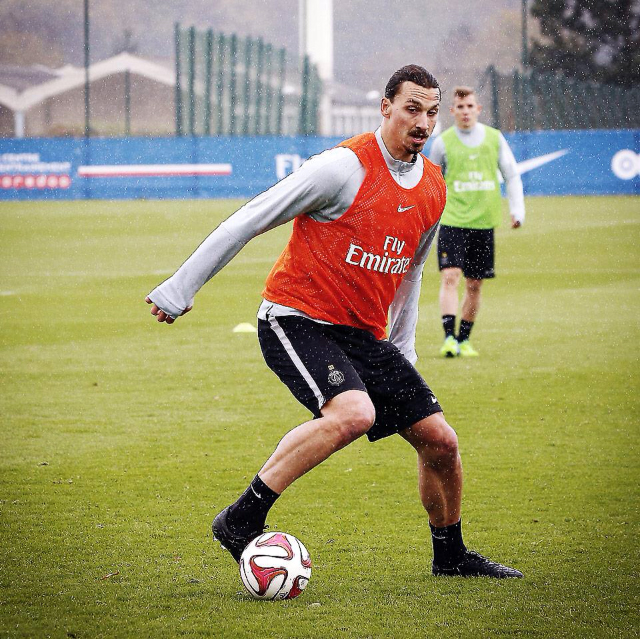 Zlatan is fit and ready to play again! PSG manager just announced the PSG squad for tomorrow's game against Marseille and Zlatan Ibrahimović is in it!

Tomorrow night PSG is up against the Ligue 1 leaders Olympique Marseille in this year's first Le Classique. We are happy to hear that you are finally doing a comeback in the PSG squad after missing nine games due to injury. What are your thoughts before once again entering Parc des Princes, with the audience and the football world giving you full attention?

ZLATAN: "It feels really good to get out on the pitch again to do what I love. That's all there is to it."

After the lengthy injury which has kept you away from the game since September 21st, you were back in full training again yesterday together with the rest of the team. Can you describe the injury, what kind of injury is it and do you still feel it?

ZLATAN: "The injury is in the heel tendoin and I've had to work hard on it the last few weeks. Everything else that's been written about the injury is pure fiction. But sure, it might be good reading as some seem to have worse imagination than others."

While you have been away PSG has managed to win seven games and draw two. The team still hasn't lost a competition match all season. Are you happy with the season so far and how the team has played the matches you couldn't participate in?

ZLATAN: "The team has played really well. Their good work has meant that I have been able to work on getting back without with peace of mind, and that has felt really good."

Finally, are you back in the squad to be a "super sub" tomorrow if needed – or are you back to compete for a starting position?

ZLATAN: "That will be a surprise!"

Zlatan has missed 9 PSG-games since he last play 21 September against Lyon and scored his last PSG-goal 31 August against Saint-Etienne.