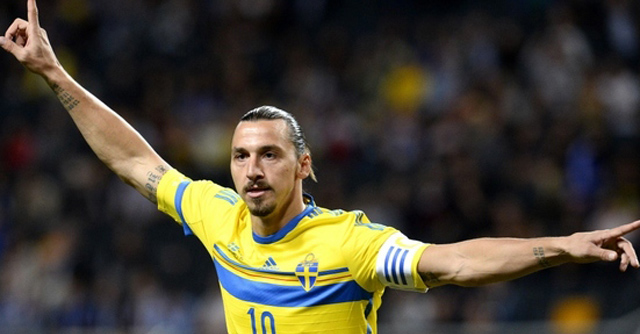 and ZLATAN IS IN THE SQUAD.

"I'm positive for Zlatan to play with PSG before these games but we don't know what will happen."

"When I spoke with him a couple of days ago, he sounded happy and felt good that day."

Zlatan was in the squad in the last two EURO qualifiers against Russia and Liechtenstein but didn't play at all, so the selection itself doesn't mean he will play.

PSG plays Apoel Wednesday and Marseille Sunday so the squad selections to those games will show if Zlatan is fit or not.